Occasionally, I will share bits of fiction or poetry or essays that I have written. This is from a NaNoWriMo novel I started (but never finished) in 2007. 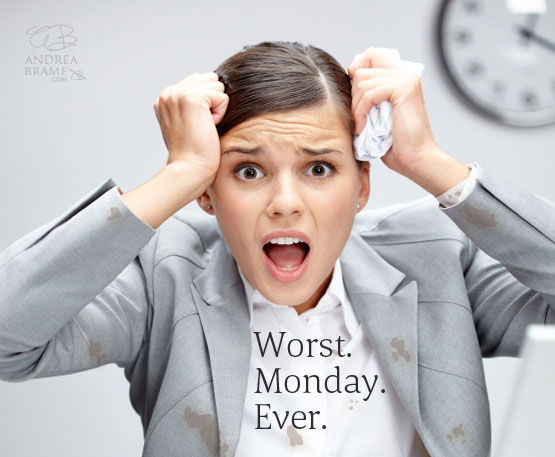 Her name was Tavia Elizabeth Anderson. Her friends called her Tea, sometimes. They thought they were funny and clever, using her initials like that. Her parents called her Octavia, because, technically, that was her proper name.

This morning, she was walking to work. If her city were New York or Chicago this would not be atypical for a commuter. If however, her city was actually Nashville, which it was, and if her office was in a shady section of town, which it was, and if she walked alone, which she did, it would, indeed, be quite unusual. Some would say it was risky. Tavia preferred to think of it as practical and economical. Or, it would have been, had she not just stepped into a puddle the size of Lake Erie, twisting her ankle and ruining her best pumps at the same moment a truck sped by and splattered muddy droplets across her favorite suit and the cappuccino that she held in one hand.

Her car had broken down the night before, after returning from the grocery store. She had pushed it into her drive and managed to pull up the emergency brake before it ran into her building. It was still sitting there, broken and pitiful.

Payday was three days away. Her neighbor and friend Greg had gone out of town, along with his snappy convertible that he sometimes gave her a ride in during occasions such as this. She had only enough cash for the Starbuck’s she was holding, so a round trip in a cab was also out of the question. Hence, she walked through the front door of her office in polka-dotted shirt that had once, in a previous life, been solid white. Her shoes sloshed with every step. Her cappuccino had become cold. She was broke, soggy, mud-stained, and ready to slap the first person who said “good morning” to her.

The note the perky receptionist handed Tavia when she limped by the front desk did nothing to improve her sour mood. Meeting, 8:30. It was 8:32. Great.

You can also find me at: